Do You Have A Case?

*All fields must be filled in for form to submit.

Office in Kirkland
We handle cases in all of Washington. Also licensed in Texas and California.

About the Medical Injury Law Center

The Medical Injury Law Center helps obtain compensation for people who have suffered serious injury (including the death of a loved one) as a result of medical errors made by doctors, surgeons, nurses, hospitals, pharmacists, and other healthcare providers. We work with clients on a contingency fee basis. Center founder John Ferguson has more than 20 years of experience as a trial lawyer and is dedicated to helping injured people receive fair and just compensation for medical errors relating to all types of medical care.

Our mission is to protect your rights. To find out if you have a valid claim for substantial compensation, fill out the form on the left, or call us today toll-free at 1-888-9AskNow (888-927-5669). We look forward to discussing your case with you. 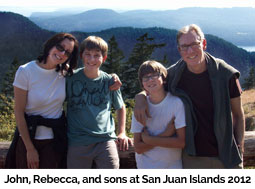 My family has experienced firsthand the dangers of medical errors. When my wife Rebecca gave birth to our fraternal twin sons, she developed a complication that went undetected by the doctors (the boys thankfully were fine). After developing a second, dire complication, Rebecca required a large blood transfusion. Because of poor planning, the hospital had inadequate supplies of blood on hand that night, and Rebecca nearly died.

It was extremely fortunate that Rebecca survived without permanent harm — but many victims of medical error are not so fortunate. If you or a loved one have had a bad medical outcome and are wondering whether you might have a valid claim for substantial compensation, contact the Medical Injury Law Center today to get answers to your questions. 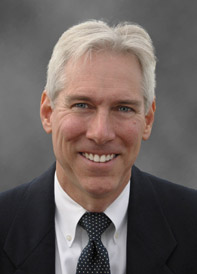 After graduation from law school, Mr. Ferguson practiced as an associate attorney and then became a partner at one of the larger law firms in the country. He later withdrew from the partnership and ultimately formed his own firm. Mr. Ferguson has handled hundreds of medical malpractice cases over several decades, at first representing doctors, nurses, and other healthcare providers where he learned his craft, and then representing patients and their families, for whom he has recovered many millions of dollars.* He has also handled litigation matters in a wide variety of other areas on behalf of both plaintiffs and defendants, including commercial litigation, architect and engineer errors and omissions, construction defect litigation, wage-and-hour class actions, maritime personal injury and cargo damage litigation, and intellectual property disputes. In addition to numerous individuals, Mr. Ferguson has represented Bechtel Corporation (and related subsidiaries), Kaiser Permanente (a large health maintenance organization), Kaiser Aluminum, Kaiser Steel (now Kaiser Ventures), Gensler & Associates, Albert C. Martin & Associates (now known as AC Martin Partners), Princess Cruise Lines, Hanjin Shipping, Total Terminals International, The Peninsular & Oriental Steam Navigation Company, Lloyds of London, and numerous other companies.  Over the years, Mr. Ferguson has also co-counseled cases with and served as “Of Counsel” to other firms, lending his expertise in complex medical and commercial cases. He has over 20 years’ experience as a trial lawyer in both federal and state courts.